Volkswagen Group in May established the new company Scout Motors tasked with designing, developing, and building electric off-roaders in the U.S., primarily for U.S. customers.

Both an SUV and a related pickup truck are planned, for launch around 2026, and Scout on Monday released a teaser photo depicting a concept for the SUV. It joins a previous teaser sketch provided during the May announcement showing an early design for the SUV and pickup.

The teaser material points to a design clearly influenced by the original Scout. Key targets will be vehicles like the Rivian R1S and R1T electric SUV and pickup duo, as well as the upcoming Jeep Recon and expected electric Ford Bronco. 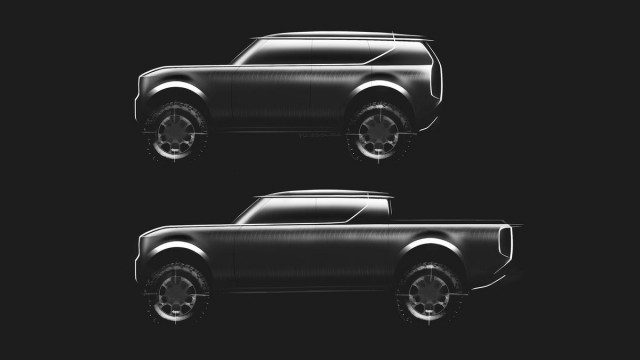 All VW Group has said about the vehicles is that they will ride on a new platform.

Scout on Monday also launched a Scout forum to keep existing and future Scout owners informed on the progress of the vehicles, as well as provide them with a means to engage with the company, similar to what Ford has done with its Bronco Nation forum.

Scout said it also plans to establish a Scout Registry aimed at maintaining a detailed list of classic Scout vehicles and helping to connect the owners of those vehicles.

“The Scout enthusiast community has preserved Scout heritage,” Scott Keogh, Scout’s CEO, said in a statement. “We’re excited to be a part of the community and want to foster interaction and exchange as we reimagine this American icon.”

What is the white paper revolution?

How to avoid financial pitfalls this holiday season

Salvation Army Red Kettle Drive to help others during …

Robber gets away with no money at Berkshire Bank …

Tickets expected to sell out for LEGO convention …