The Makers of HORMEL® Chili and Modist Brewing Co. Collaborate on Limited Edition Beer for the Big Game

The makers of HORMEL® chili teamed up with brewers at award-winning, Minneapolis-based Modist Brewing Co. to create an unexpected sip inspired by everybody's favorite dip for this real-life, totally delicious collaboration. With a little bit of madness and a serious amount of chili-inspired spices, the beer is now ready for fans' taste buds.

"Football season is just as much about the delicious food and drinks as it is about the game and the people you enjoy watching it with," said Jason Hron, HORMEL® chili brand manager. "This year we were inspired to bring fans together and create something everyone can agree on – an irresistible sip that unites the best flavors of our famous HORMEL® Chili Cheese Dip."

How can beer taste like chili cheese dip? The crushable American lager features Minnesota Pilsner barley malt and flaked corn. With this delicious corn chip-flavored base, Modist Brewing Co. added a mix of savory spices and hints of cheddar cheese powder to bring the flavors of HORMEL® Chili Cheese Dip to life. To learn more about the HORMEL® Chili Cheese Brew, watch the video here.

Hormel Foods Corporation, based in Austin, Minn., is a global branded food company with over $12 billion in annual revenue across more than 80 countries worldwide. Its brands include Planters®, SKIPPY®, SPAM®, Hormel® Natural Choice®, Applegate®, Justin's®, WHOLLY®, Hormel® Black Label®, Columbus®, Jennie-O® and more than 30 other beloved brands. The company is a member of the S&P 500 Index and the S&P 500 Dividend Aristocrats, was named on the "Global 2000 World's Best Employers" list by Forbes magazine for three years, is one of Fortune magazine's most admired companies, has appeared on the "100 Best Corporate Citizens" list by 3BL Media 13 times, and has received numerous other awards and accolades for its corporate responsibility and community service efforts. The company lives by its purpose statement — Inspired People. Inspired Food.™ — to bring some of the world's most trusted and iconic brands to tables across the globe. For more information, visit www.hormelfoods.com and http://csr.hormelfoods.com/.

Modist Brewing Co., based in the North Loop neighborhood of Minneapolis, MN, opened in April of 2016 aiming to push past traditional brewing to create unconventional beers through unconstrained experimentation. Utilizing the region's only mash filter-powered brewing system, Modist has risen to become one of Minnesota's most well-recognized and fastest-growing breweries. In their brief history, Modist has received a multitude of awards including the Best New Brewery in Minnesota by Growler Magazine, BeerAdvocate's list of "The 50 Best Breweries in the United States, Most Innovative Brewery by the MN Craft Brewers Guild, and were recently named one of Brewbound's Rising Stars of 2022. For more information, visit www.modistbrewing.com. 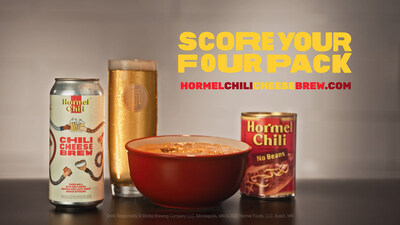