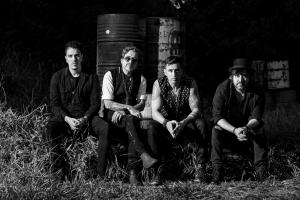 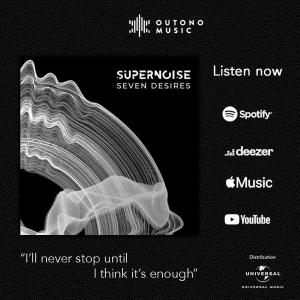 The band Supernoise is a new name in the Brazilian rock scene, however, it is formed by musicians of the highest caliber. The band, which defines itself as "Brazilian gringo rock", is preparing its fans for the release of its first full-length album, which hits the market through the partnership Outono Music/Universal Music. The group released on November 25, on all digital platforms the single “Seven Desires”, a strong hard rock full of energy.

The track also got a special music video released on the same date, on Supernoise's official YouTube channel.

“Seven Desires” is the first of a few singles that the band will release before the full album, which will have eleven original tracks and is expected to hit the music market in the first half of 2023.

Supernoise’s singer, Cristopher Clark, gained great prominence on the scene with the spotlight of the X-Factor Brazil television contest, in which he won the first edition, which got him a contract with Sony Music Brasil for a solo album. However, he has a much longer career. The band also includes the musicians Fernando Prado (guitar), Helio Leite Cosmo (bass) and Ricky Machado (drums), who alongside Clark formed Father Milk Reunion, a reference in São Paulo nightlife.

With the advent of the pandemic, friends looked for hope in music and came together in a virtual way and started composing original songs, and that's how Supernoise was born, which focuses on hard rock with plenty of melody and technique.

The single “Seven Desires” is the first preview of the newest force of Brazilian rock.

For inquiries or corrections to Press Releases, please reach out to EIN Presswire.
✕
× Close Ad