AMHERST, Mass. (THE WESTFIELD NEWS) – As maple sugaring season approaches, plant ecologist Kristina Stinson at the University of Massachusetts recently received a two-year, $149,800 grant to study the impact of climate change on the quantity and quality of sugar maple sap, including its chemical composition, and of sap from red maples, a species less sensitive to climate change.

The researchers believe it is the first study to look at the effect of climate change on sap quality, that is sugar content and chemistry, as opposed to flow and volume, and the first to investigate how red maple compares to sugar maple as a source for sap. Stinson and colleagues hope to predict maple syrup quality under future climate conditions and explore a variety of management strategies.

Stinson, an assistant professor of environmental conservation, and co-investigator Toni Lyn Morelli, a research ecologist at the U.S. Geological Survey, with UMass postdoctoral researcher Joshua Rapp, received the grant from the Northeast Climate Science Center at UMass to study sap quality and plant chemistry in maples from Virginia to Quebec and from Massachusetts to Indiana.

Maple sap is mainly sugar and water, Stinson explains, but compounds called phytochemicals that occur naturally in plants give maple sap its signature flavor. Rapp adds that any sap containing sugar could be boiled down to syrup, but maple does have a unique flavor. People sometimes do tap birch, walnut or hickory, for example, but these syrups have a different flavor and take more time and energy because of lower sugar content.

“Phytochemicals are what give sap from the different species their particular flavors,” Stinson said.

Phyto is Greek for plant; phytochemicals give blueberries their deep blue color, for example, and garlic its distinctive smell and flavor. This so-called “secondary plant chemistry” can also offer advantages, she notes, such as protection against insect pests or frost.

“Sap sugar content determines how much syrup can be made from a given volume of sap,” he said. “All syrup sold commercially has a consistent density of sugar, about 66 to 68 percent.”

Stinson said another goal of this study, which will use historical as well as ecological data, is to “get a handle on how much variation there is in this secondary chemistry, the different concentrations of phytochemicals and the relationship to syrup quality in sugar and red maples across the landscape.”

At present, the researchers have enlisted students and volunteers who sample 15 to 20 trees per site at six locations, one at Harvard Forest in Petersham, one near Dartmouth in New Hampshire, two managed by a scientist at the University of Virginia’s College at Wise, one led by a researcher at the University of Québec Chicoutimi and one at Indiana Dunes National Lakeshore.

A chemist at Montana State University carries out the phytochemical analysis using a technique called high performance liquid chromatography (HPLC) to identify phytochemicals and their concentrations. Over the decades, the tapping season has started earlier and earlier, Stinson says. Estimates are that it may now start two weeks earlier than the traditional date.

She hopes the number of sampling sites will eventually reach 30, representing a variety of eco-zones. Each will be managed by scientists at colleges and universities, or by state, federal and industry technicians, or citizen scientists in sugaring families. They will also assess overall tree health.

“We hope to be adding sites all the time, especially by recruiting family maple producers. Many of them keep records right in the sugarhouse. We’d love to have them contribute the data from 50 or 100 years of notches on the sugarhouse walls. That would give us really helpful information on the quantity and quality of syrup produced over the years, and would help us predict the effects of climate change going forward,” Stinson said.

She, Morelli and Rapp recently formed a maple syrup research network, the Acer Climate and Ecological Research Network (ACERNet), not only for scientists but for producers and others interested in the future of this heritage crop, which held its first workshop, “Sugar Maple in a Changing Climate,” in December with about 40 participants. Acer is the Latin genus name for maples; the scientific name of the sugar maple is Acer saccharum.

The group has support from such groups as Massachusetts Audubon, the USDA Forest Service Southern Research Station, Indiana Dunes National Lakeshore, Native American programs at the University of Maine and the Lac Courte d’Oreilles Band of Lake Superior Chippewa in Wisconsin.

Morelli says ACERnet is addressing some of the unanswered questions the community has on the future of the sugar maple and syrup production, with a focus on how sap and syrup quality is influenced by climate. “This work has the potential to help inform producers about how they might be able to adapt their business and other plans to climate change.”

Many people aren’t aware that producing maple sugar had a very patriotic role to play for the North during the Civil War, Stinson says, as an alternative to sugar cane harvested by slaves in the Caribbean. “It is part of our cultural heritage.” Rapp adds that Native Americans have been tapping trees for centuries, and some tribes’ origin stories include tapping maple trees for sap.

(NBC News) The White House is now predicting 240,000 Americans could die from the coronavirus.

"It's going to be a tough couple of weeks coming up," Dr. Anthony Fauci warned Tuesday.

AdviniaCare at Wilmington announced plans late Tuesday night to temporarily designate its 142-bed skilled nursing facility to care for patients diagnosed with the respiratory disease who are recovering and in need of a high level of care, including oxygen support. 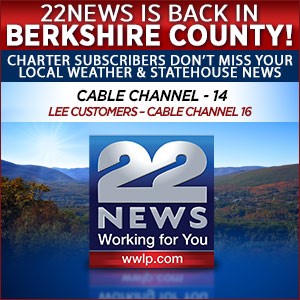